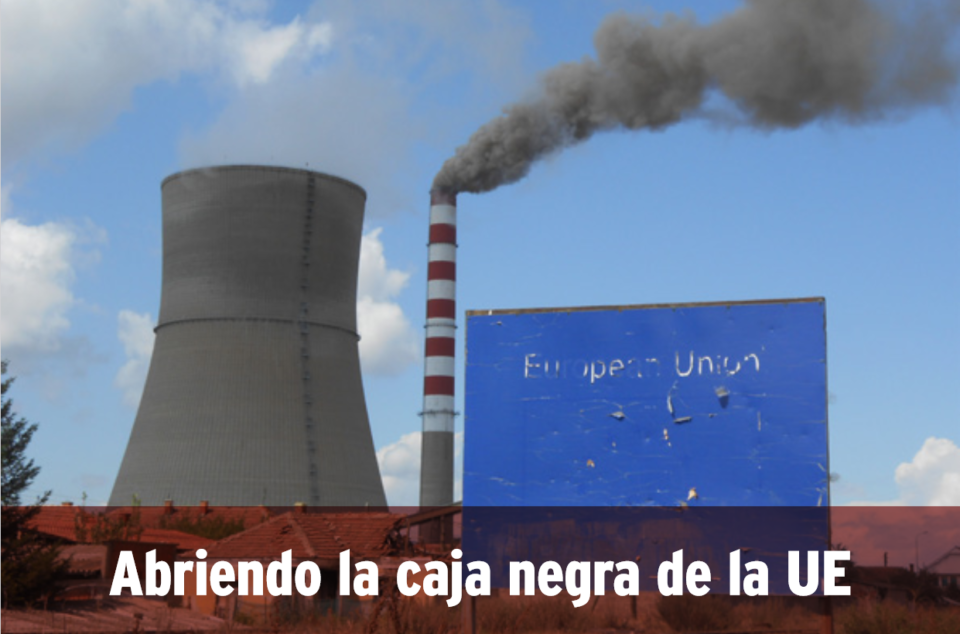 The social metabolism of the EU behaves like a black box. Its internal functioning, and the mechanisms that promote the entry and exit of energy and materials from interior, hide behind several layers of interconnected and superimposed spheres of decision-making.

In the sphere of politics, the European Commission Energy Strategy and the energy policy in every Member State become mixed. These are, at the same time, closely linked to the financial sector and the international markets through European Financial Institutions that strongly condition what can and cannot be done in terms of energy policy. In addition, Europe’s metabolism not only plays a decisive role in shaping economic, social and environmental reality inside its territory, but also beyond its borders (the EU external dimension). Communities living in energy-exporting countries are in a vulnerable situation -related to the interdependence caused by the metabolic needs of the EU- that is often taken for granted, as is the resulting energy grabbing all its forms.

At a moment in history in which the energy scenario shows many uncertainties, Opening the Black box. Energy metabolism, dependence and geopolitics tries to address the EU’s behaviour with regard to energy. It searches for the links between how the complex EU social metabolism operates, the influence it has inside the territories in which it has relations, and Europe possible strategic movements in terms of geopolitics.

The text raises five questions that need answering:
What is the relationship between social metabolism and Europe’s external actions?
What are the implications of the European strategy for energy security?
How has the increasingly prominent role of finance in the European energy universe come about?
What is the influence of finance on Europe’s social metabolism? What role will the EU play in global geopolitics?