What is the “Debt Observatory in Globalisation (ODG)”?

We are a team of people who elaborate critical analysis of complex and/or structural processes to show the visible (and not visible) impacts and risks of the economic and political system, producing tools that facilitate interpretation of the current context.

We produce critical analysis and campaigns for mobilisation and social transformation in the face of social, economic, environmental and gender inequalities, while working on political incidence and the denunciation of the political and economic actors that we identify as responsible.

The ODG is also an open platform for participation, debate and action, which promotes the creation of networks and spaces for the construction of alternatives that strengthen popular sovereignties and the empowerment of communities.

A brief look at the process of globalisation

We are concerned about the aggressions that liberalized financial capital, which speculates increasingly out of control, has over strategic areas for the survival of human societies and the planet. Also, the large private companies operate within an architecture that ensures impunity on the systematic violation of human rights, the rights of peoples and nature in general. In this context and the context of a false response to the crisis, the political and economic elites of the most powerful countries carry out policies that increase physical, metabolic dependence, in favour of goods from poorer countries. This increases the generation of illegitimate debt, which serves as a pretext for the imposition of structural adjustment programs, which open doors to key sectors of corporate capital. Thus, a dynamic of extraterritorial grabbing within land, energy, mineral resources, water and food is produced.

In other words, it is constantly generating Anticooperation: combination of negative interference generated by the capitalist model of production and consumption of the Global North on the most vulnerable populations.

In a moment of particular confluence of various global crises – economic, financial, ecologic, energetic and nutritious – it becomes urgent to receive a response from the Social, Environmental and Energetic Justice. In this context, many responses and social alternatives around the world are being created, embodied in initiatives for citizen debt audits, responsible finance, defence of food sovereignty, energy sovereignty and the commons, to fight against transnationals’ impunity and extractive elites, etc. As ODG, we join these efforts and seek to contribute to them through our work.

Where do we come from?

The ODG is a project that was born in the year 2000 with the initiative of “Red Ciudadana por la Abolición de la Deuda Externa (RCADE)” (Citizens’ Network for the Abolition of External Debt) after the social Consultation for the Abolition of External Debt. The ODG arises due to the need for proven, rigorous, critical and immediate information to nurture the process of training, awareness and political pressure. Since the beginning it has been supported by the “Cátedra UNESCO de Sostenibilidad de la Universitat Politècnica de Catalunya” (UNESCO Chair of Sustainability of the Catalonian Polytechnic University). In 2004 the Network Association of the Debt Observatory in Globalization (XODG) is created to facilitate the tasks of training, denouncing and creating political pressure.

ODG’s team consists of a heterogeneous group of people who work and collaborate in the different areas (research, training, dissemination and political pressure) and themes of the ODG. This network is open to all those who can and want to contribute to achieving our objectives.

The ODG’s vision is to be an agent for change and help the collective construction of local and global realities via an economic, political and social system with life at the centre. It strives to achieve this from an equitable, ecofeminist standpoint based on popular sovereignty and the commons.

We promote social, environmental, political, economic and financial transformation by consolidating social movements and civil society through critical analysis, building narratives and networks, and carrying out political, social and media advocacy. Our strategic thematic lines are ‘debt and financialisation’, ‘public-private partnerships (PPPs) and privatisations’ and ‘energy and climate’.

Our values are based on equity, social and environmental justice, transparency, independence (with respect to power) and autonomy (as a form of existence), participation, activism and coherence.

We are an association with a horizontal structure, with collective decision making, made up of a technical team and a political assembly; the social base of the entity. We place relationships and life at the centre, wanting to contribute to social changes in this direction. We value caretaking and clarity on how we function and our roles, providing ourselves with a labour agreement that respects caring and rights of workers, which can be consulted here.

Available for download in Cat, Spa and Eng our annual report 2019!
Discover all we’ve done and won in 2019… campaigns, events, articles and reports, documentaries and audiovisuals… as well as working on support and the connection between movements. 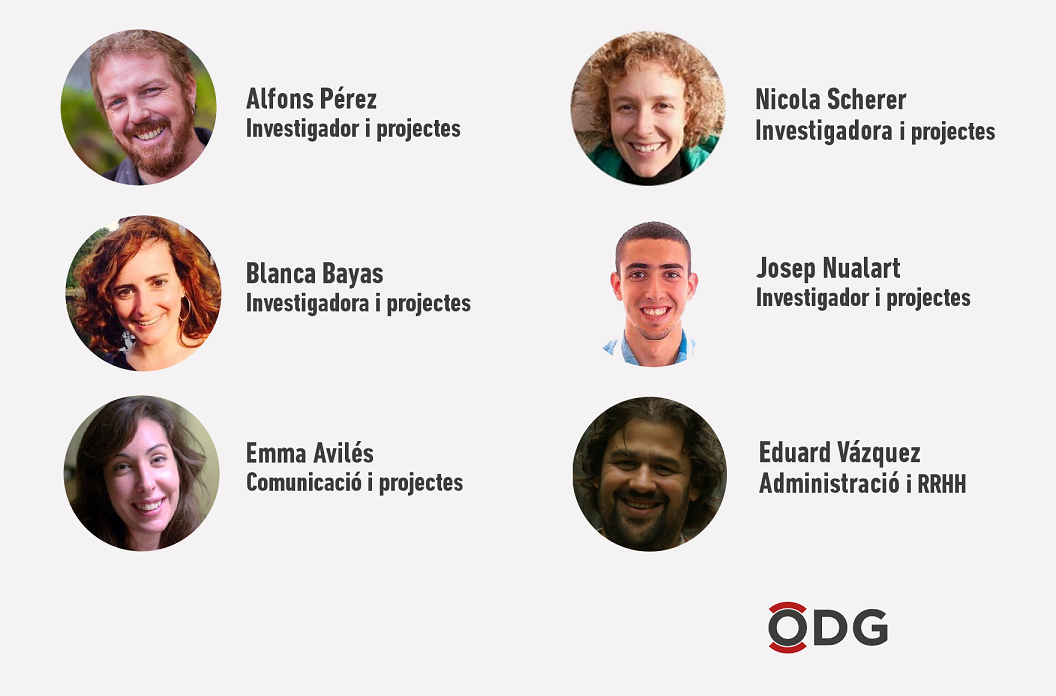