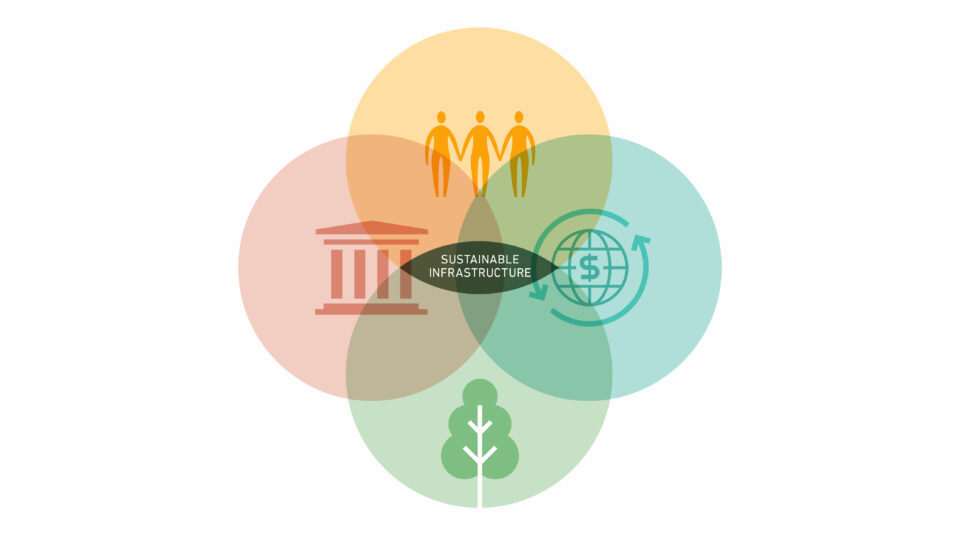 Sustainable infrastructure investments are placed at the centre of development strategies, and rightly so, as they are key to delivering on the services and facilities that allow for the well-functioning of economies and societies. Yet, as this report shows, the prevailing narrative on infrastructure finance contains pitfalls and limitations that might undermine its stated objective. To address them, the report provides a framing to understand sustainable infrastructure from a systemic perspective. This focuses on global economic justice and developing countries’ right to development, domestic resource mobilisation, and climate resiliency.

It also provides evidence of five emblematic infrastructure projects that are designed and financed through a Public-Private Partnership (PPPs) following the ‘private-finance first’ approach to infrastructure finance. The case studies highlight that the emphasis on attracting private investments towards large infrastructure projects or mega-corridors raises major concerns. Not only does this approach not address the structural weaknesses of socioeconomic transformation in developing countries, but it also exacerbates the existent development obstacles faced by these countries, including indebtedness, commodity dependence, vulnerability to volatile capital flows, ecological damage and weak public infrastructure systems.

In contrast, projects which have implemented active participation and even co-creation with local communities, integrated a gender-sensitive lens, and responded to local and national needs throughout their planning, design and financing, are more cost-effective and ecologically sustainable. They also contribute towards the long-term development plans of countries whilst simultaneously serving the interests of local communities.

2 cases of succes with Public-Communitary Partnership:

It is important to ensure that infrastructure projects serve the public good and work to enable the enjoyment of human rights for all. Civil society has a key role to play in reclaiming sustainable infrastructure as a public good by calling on decision-makers on regional, national and international level to shift course:

2) Rethink the promotion of private finance for infrastructure. An infrastructure finance agenda focused on developing ‘infrastructure as an asset class’ and promoting PPPs risks undermining progress on meeting the SDGs. National governments should preserve their capacity to regulate in the public interest.

3) Sustainable infrastructure and its financing mechanisms must be rooted in human rights and socioeconomic transformation, high standards of democratic accountability, and contribute to an intergenerational approach to climate adaptation. In this sense: