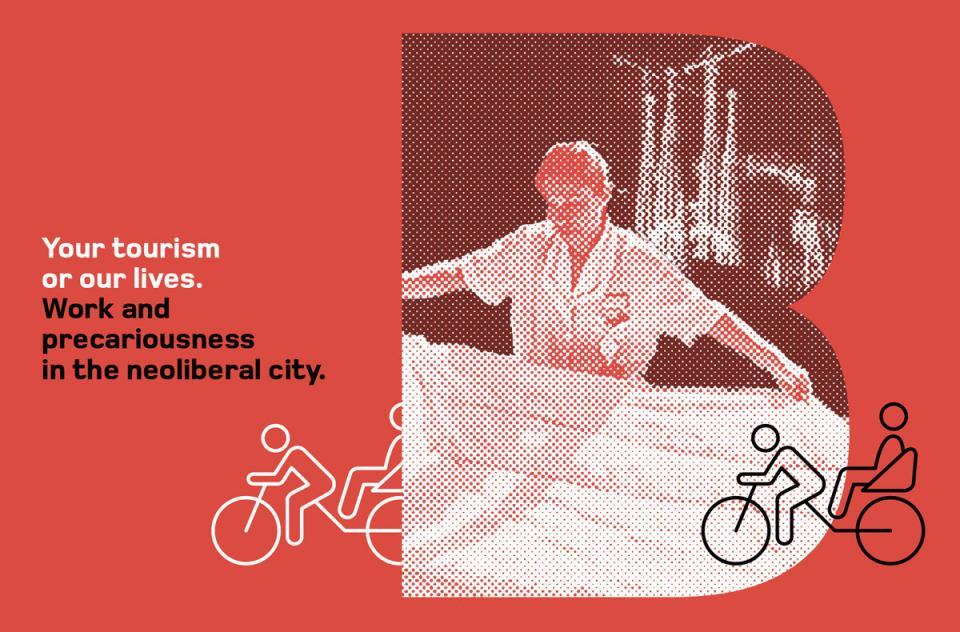 Tourism is sold to the public opinion as a positive industry, generating employment, growth and opportunities. But there is a B-side of this idyllic photograph, often very invisible, which is a particularly pronounced job precariousness under which workers of this industry work in.

The report focuses on this situation and in addition makes visible the unsustainable consequences of this structural precariousness. It aims at understanding and explaining what is the origin or causes of this precariousness, what are the mechanisms it operates under and imposes, as well as presenting some of the alternatives or proposals that social movements and organised workers are promoting.

In order to do so, the report begins with a brief analysis of the neoliberal economic context -current and historical- and its relationship with the workforce. It does so on a global scale, since we are talking about capitalist logics that extend and infiltrate throughout the world, but paying special attention to how the neoliberal project has been articulated in the Spanish State and in the city of Barcelona, ​​where tourism has had a central role over the last decades.

Thus, in the central part of the report there is an approach to the productive model of the Spanish State, where the services sector -and among them, tourism- is predominant. We collect quantitative and qualitative data from other studies to draw up a story that explains how the dominant tourism model’s articulation is only possible at the expense of working people’s growing precariousness. In previous ODG reports we already addressed how the commodification of land and housing and internal devaluation were two of the main strategies to try and pull ahead from the previous crisis.

Here we focus on the latter and explain how measures such as the 2012 Labour Reform responds to certain speculation and exploitation logics, which have significantly increased the precariousness of many workers and excluded many people from the labour market. We pay special attention to how all this unfolds in different ways, and in particular around axes such as gender, race or origin and/or age; because women, people of migrant or racialised origin, and young people, constitute the vast majority of the labour force in the tourism sector.

The report also explores the central and increasingly topical issue, also in tourism, of ‘sustainability’. A critical approach is made to this concept as well as how administrations are applying it regarding tourism management, specially in relation to decent and dignified work. Too often subject to private interests, we find public-private partnerships (PPPs) such as the Barcelona Tourism Consortium, are a clear example of how tourism employers’ interests are almost always imposed on working people’s rights.

Finally, the report includes some of the proposals and ideas that come from social movements, unions and organised and (self)organised workers, activists and critical academics, in order to transform a model that makes life unsustainable to the point of having, to the date, millions of poor workers and/or others working under bad labour conditions that are even harmful to their health. However, and beyond some of the recommendations made for the municipal administration, the report highlights the structural condition of this precariousness and how it is linked to global dynamics framed in the neoliberal phase we are currently experiencing. The problem adopts specific conditions and particularities related to our territory and the sector we are talking about, but it is transversal to the working class. It is this situation we want to highlight; the need of building class alliances and recover power and sovereignty for workers that allow to recover terrain in the war between capital and labour.

Check out our map of actors in the tourism sector: “Who is who in touristified Barcelona?”
based on the research and networking work done by the ODG, on tourism.