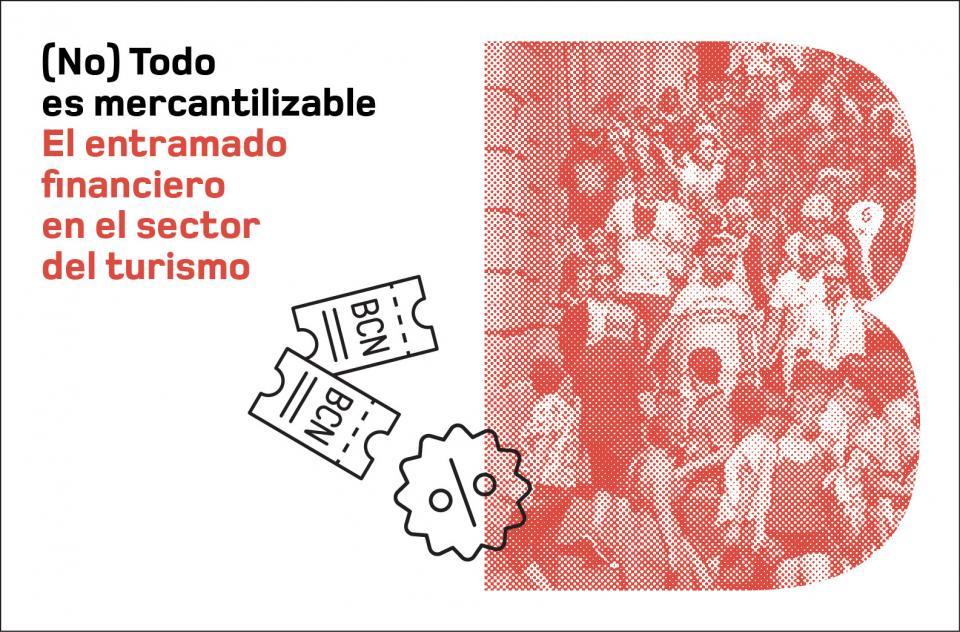 Tourism in our cities belongs increasingly to international investors and responds to growing speculative interests with a financialisation logic. The consequences for neighbours are obvious: rent increases, occupation of public space, job insecurity, etc.

This report sheds light on how and why the finance-tourism binomial is increasingly powerful and has growing (negative) impacts and consequences on our lives. We look into the different actors involved, the mechanisms they use and place the phenomenon in the global context in which it is inserted and to which it responds.

There is no doubt that in recent years the city of Barcelona has experienced striking changes in its tourism sector, which can be seen as a set of economic activities that increasingly generate social and environmental costs to the point that they mortgage life in the city itself. As will be shown throughout this report, this is a sector that has increasingly supported itself by imposing precarious working conditions on its workers.

The presentation of Barcelona to the world as a new global city during the 1992 Olympic Games meant, in fact, the incorporation of the city into global markets. As a consequence, tourism in Barcelona has not only increased in importance in terms of size (its relative weight in terms of GDP, people employed, urban area occupied by tourist infrastructure, etc.) but the phenomenon of tourism itself has transformed through the spreading and imposition of an unrestrained mass-market model which the tourism industry has established for itself using public institutions and resources.

We aim, therefore, to detail the differences between this new model and the previous situation. We will see how, unlike in the past, when the majority of investment and production assets physically located in Barcelona were in the hands of local elites, the new model for tourism – and the productive economy sits increasingly in the hands of the short-term-thinking owners of international financial capital. These new actors, highly prominent in the urban dynamic, have used a series of mechanisms to allow themselves to arrive en mass (like the tourists themselves), take possession of tourism investment assets, and appropriate income from tourism activities and the urban spaces required for life in the city. These international financial actors have been incorporated into the pre-existing local dynamics, weaving a web of tourism, business and finance: a new ‘tourism industry’, dominated by interests which cross the borders of Barcelona’s urban situation or even those of the Spanish state itself.

In the conclusion of this report several actions are proposed, both for public authorities and for citizen organisations, aiming to contribute to the efforts already underway to reverse the processes of recent times. They aim to contribute to the empowerment of residents and workers and their alternative proposals for a tourism model that considers life, and not the interests of international finance, as the backbone of the city.

Check out our map of actors in the tourism sector: “Who is who in touristified Barcelona?”
based on the research and networking work done by the ODG, on tourism.