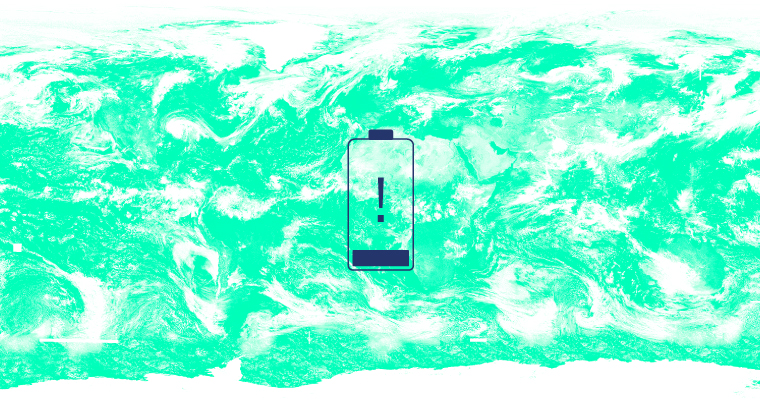 In our new publication “Do the NextGenerationEU funds respect the biophysical limits of the planet? FAQs on the PERTEs and critical raw materials for the green and digital transition” we contrast the inconsistencies of the green transition model financed through the NextGenerationEU (NGEU) funds and its management by the Spanish Government with the implementation of a real just ecosocial transition. Currently, neither in the NGEU funds, nor in its underlying strategy –the European Green Deal– there is a recognition of the planetary boundaries or the external impacts on third countries generated by the extraction of minerals necessary for the European green and digital transition.

In July 2020, the European Commission launched the public aid package called NextGenerationEU funds. The objective of NextGenerationEU is not only to fund the economic recovery from the impacts of the COVID-19 pandemic but also to transform the economies of EU member states (which had been languishing on life-support systems since the 2008 crisis and did not comply with climate objectives). The European Commission (EC) took the opportunity to tie funding to the modernisation of industries and economies as had already been envisioned in its 2019 European Green Deal strategy, stipulating that this modernisation should happen within the framework of a “green and digital transition”: 37% of the funds are to be allocated to the green transition and 20% to digitalisation.

As the Spanish Government (through its ministries), is allocating the funds of the Recovery and Resilience Facility, the climatic and socio-environmental impacts and the limits of the green transition model promoted by the European Commission and the Government of Pedro Sanchez, are becoming visible.

A model that collides with the planetary boundaries

The transition model based on technologies, electrification and digitization demands an enormous amount of raw materials that collides with the biophysical limits of the planet. Many are minerals classified as critical raw materials –that is, resources which are at risk of running out in the near future–. For example, in the case of promoting the electric vehicle industry, Spain would need 5.43% of the annual worldwide extraction of lithium and 4.61% of cobalt if it wanted to meet the PNIEC objective of having 5 million electric vehicles in 2030 in the Spanish state.

The extraction of these raw materials has serious climatic and environmental impacts and causes the violation of human rights in extraction areas, mainly in the Global South. However, neither in the NGEU funds, nor in their underlying strategy –the European Green Deal– there is a recognition of the external impacts on third countries: there are no established indicators to measure the global impact, no control mechanisms or amends possibilities for the communities affected.

Public-private partnerships (PPP) are back on the agenda

The funds for the current transition are channeled through strategic projects for economic recovery and transformation (PERTE, in Spanish), which are large public-private partnerships that put the needs of companies and their benefits ahead of the general interest. There are already 11 approved PERTEs that will receive 32,293 million euros in public subsidies. However, no companies are listed in the register to date, although this is the most basic requirement for a minimum level of public scrutiny. Only the new consortiums that have been created to attract public money with driving companies such as Repsol, Iberdrola (SHYNE Spanish Hydrogen Network consortium) or Volkswagen and Seat (Future: Fast Forward consortium) are known through the press.

So, what are we proposing?

In our publication we propose 5 concrete proposals to reverse the injustices and negative impacts generated by the transition model financed by the NGEU funds in order to enable a just ecosocial transition. Apart from demanding greater transparency and public scrutiny related to the beneficiary companies, we propose that the Spanish Government should promote urban mining, material recycling and secondary extraction at the expense of primary extraction. Support research and development into full life cycle product design as well as reuse and repair business models, favouring the shared use of products and promoting the consumption and use of local resources. Furthermore, the Spanish government and the European Commission should initiate public policies which lead to scenarios of reduced demand in the short term and a just distribution of critical raw materials at a global scale.