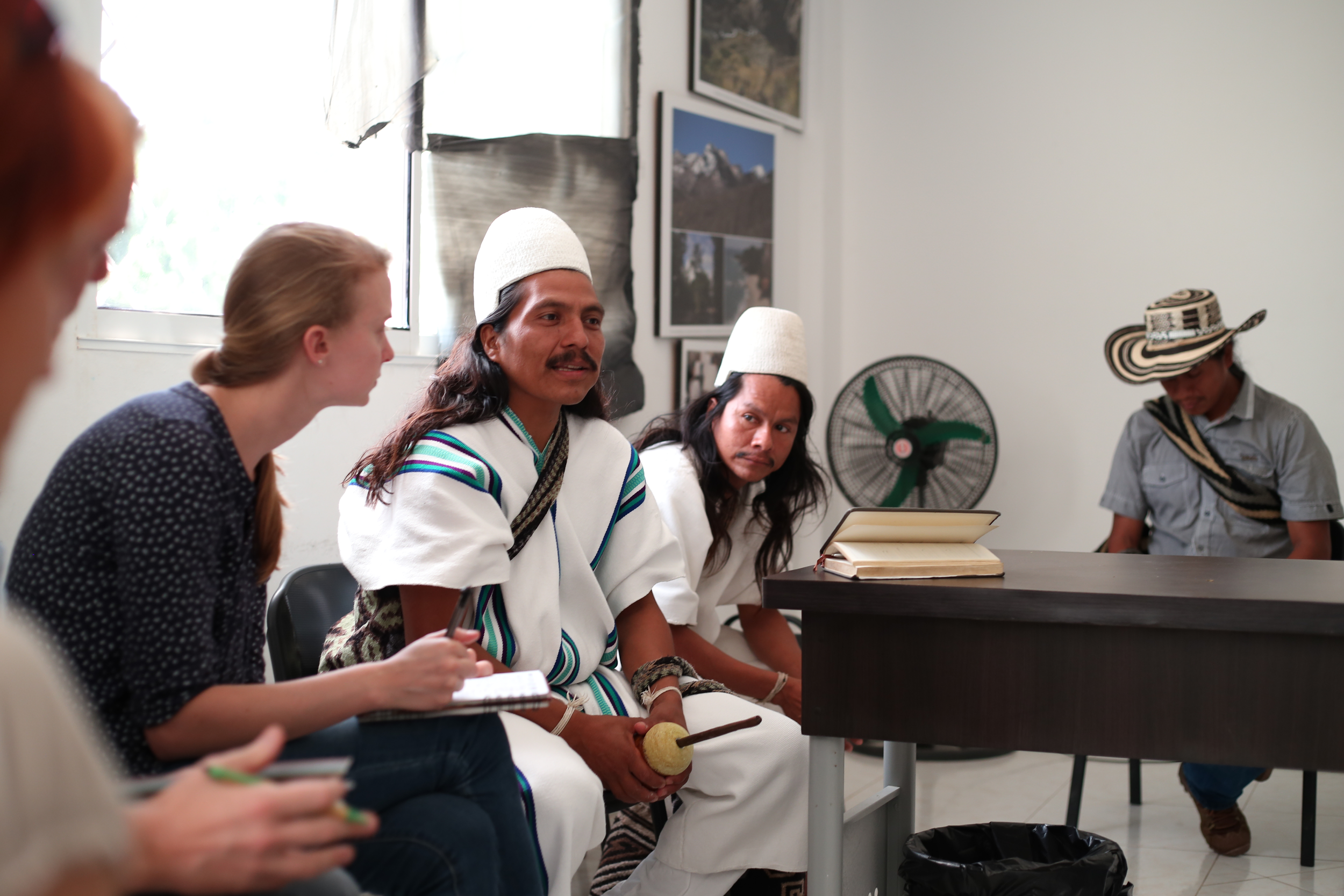 The Peña de Horeb quarry has been operating illegally within the ancestral and traditional territory of the Arhuaco People of the Sierra Nevada de Santa Marta, Colombia, since they do not have a mining title or an Environmental Management Plan.

The competent environmental authorities like Corpocesar, have not taken effective measures to sanction the illegality of this quarry’s activity. Likewise, they have not promoted actions to stop and repair the damages caused to our territory and to our culture.

The quarry’s activity is causing serious damage to the territory and our culture, since we have an intimate relationship with the Earth. If anything affects it, our culture and survival as peoples is affected. Additionally, according to our (Colombian) Law of Origin, mining is prohibited in the ancestral and traditional territory because of the imbalance it generates to nature.

Therefore, we decided to act against the omission of the State, so that on July 27th 2017, about 100 people will move to the quarry to stop its activities and close the mine’s activity, exercising our faculties as Environmental Authorities.

(*) The Sierra Nevada de Santa Marta was declared by Unesco (1979) Biosphere Reserve and World Heritage Site. It is one of the most biodiverse places in the world and is the ancestral territory of the indigenous peoples of: Arhuacos, Kogui, Wiwas and Kankuamos.

The Arhuaco People make up a population of more than 30,000 people who inhabit the Sierra Nevada de Santa Marta. They are a peaceful people convinced of the respect for humanity and other living beings.

You can state your support through this document.

#MarcaEspaña: What rubbish are we exporting – International call for action

Premiere “AT THE SYRIAN BORDER”

Exclusive: British taxpayers underwrote deals worth £140m by firm based in Cayman Islands