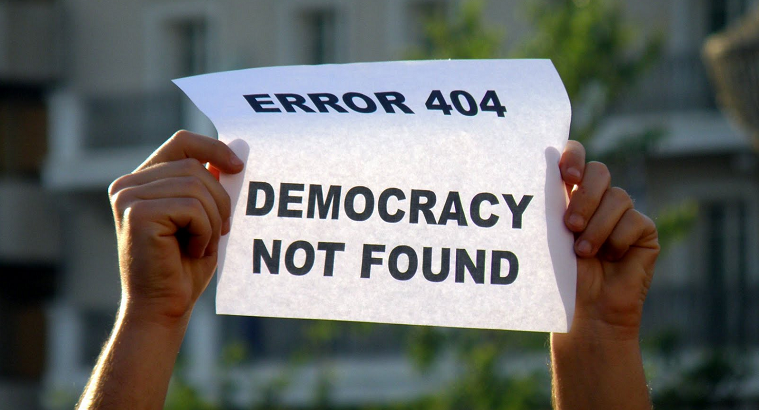 We are reaching out to you, our international community, in regards of what is happening these days in Catalonia and Spain, for we are in need of sharing our position regarding the current political moment.

At ODG we believe and work based on values rooted in social commitment, democracy, participation and the defence of fundamental rights and freedoms to build a life worthy of being lived, since we believe that these are essential tools for social transformation. This implies that we cannot stand oblivious in front of this situation and the repercussions it is having, neither on the organisation’s level nor as a team of people who are socially committed.

The Catalan referendum on self-determination celebrated on October 1st, 2017 was a massive and exemplary democratic exercise of peacefully expressing political opinions through the polls, whatever the outcome was, as already done in Scotland or Quebec. In face of the refusal of the Spanish state to facilitate this democratic expression, the referendum was made possible thanks to the participation of broad layers of the Catalan society, including numerous organised civil society organisations, social movements, trade unions, political parties and many other actors of diverse nature. Since that day, in Catalonia we have been living an alarming situation of escalation of human rights violations, protests’ repression and police and institutional violence, including the suspension of the democratically elected Catalan autonomous Government with a concealed application of article 155 of the Spanish Constitution in 2017 -which de facto suspended Catalonia’s autonomy-, or the judicialisation of a political and social conflict.

On Monday October 14th, the Spanish Supreme Court convicted nine democratically elected politicians and two prominent civil society leaders for sedition, sentencing them to 9 and up to 13 years of jail. This confirms the undemocratic drift of the Spanish State, not resolving the conflict, but aggravating it. The strong mobilisations and protests that are taking place throughout the Catalan territory, both spontaneously and organised, are an unequivocal symptom of this. People are determined to defend their rights through legitimate civil disobedience, in the spirit of a peaceful and non-violent culture.

We find it specially important to highlight how this sentence opens the door to widespread persecution and criminalisation of any social or political movement with the way it has applied the sedition offence, as the sentence reads:

“[…] Also when (police) agents have to give up and abandon fulfilling a judicial order they are carriers of, before the declared attitude of rebellion and opposition to its execution by a conglomerate of people in clear numerical superiority. […] even through resistance formulas of -if required, nonviolent resistance. […]”

As many human rights organisations have already pointed out, to entrench the crime of sedition on this type of events and behaviours means opening a door to pursuing a multitude of groups and social movements that use them in defence of fundamental rights such as housing, health, education, basic services, etc. In particular, the door has been opened to condemn any person in Spanish territory who practices non-violent civil disobedience in demonstrations, as done by the climate youth movement, the feminist movement or the popular movements for housing and against evictions, amongst many others.

ODG is part of different networks and social movements where we practice and work with legitimate civil disobedience against injustices as a tool for social transformation. Given this situation, we want to express our strong rejection to what this sentence means for both the Catalan and Spanish society. Besides, we demand the excarceration of all people who have been arrested and put in jail, those who are there because of October 1st but also those who are there because of the demonstrations that have followed.

We also want to call on the importance of taking care of each other during the current situation and in the context of our daily struggles for social transformation. The intense repression and mobilisations expected over the next days may carry an important physical and psychological stress burden. In face of this situation, we encourage everyone to mobilise to the extent of their possibilities denouncing injustices and defending our fundamental rights such as freedom of expression, the right of assembly and demonstration and political participation, now more than ever.

We are calling out to you, our international community, and to the European member States to stand up for human rights and democracy in Europe. We are calling out to civil society to put pressure on your Governments to take action in the mediation of this conflict. It is unacceptable for a EU member state in the 21st century to jail democratically elected opponents and peaceful civil society activists, while endangering fundamental rights in the whole country.

Cities VS multinationals in a post-Covid world – FULL PUBLICATION