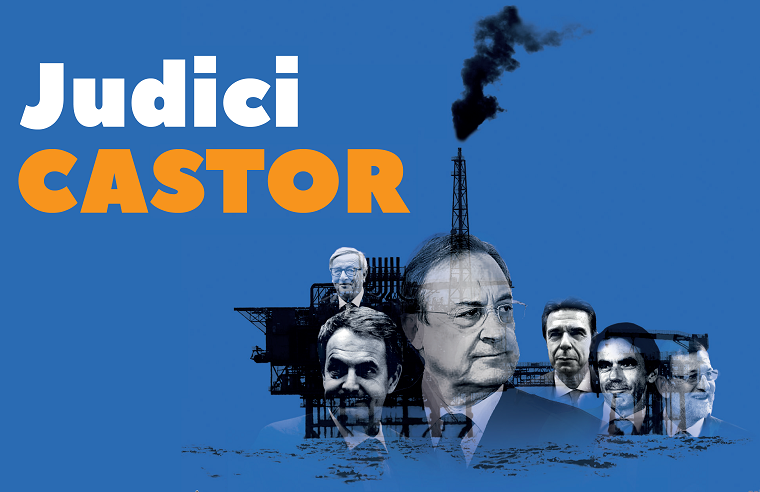 The Castor project is a geological gas storage facility: an old oil deposit that, once empty, was used to inject gas, 22 km offshore in the Mediterranean. In addition to the maritime platform, it has a ground operations plant, joined by a 30-kilometer gas pipeline.

The earthquakes caused by the construction of the Castor project are just the tip of the iceberg: more than 1,000 earthquakes in the area between Benicarló, Vinaròs and Alcanar. A disaster project, with an initial budget of 0.5 billion euros, which ended up having a cost of 1.7 billion euros. Although it hasn’t been operative for even a day, the annual maintenance of this infrastructure entails an annual cost of 0.016 billion euros.

It leaves us 20 people investigated for environmental prevarication and a compensation for the construction company ESCAL UGS/ACS of 1.351 billion € (following its renunciation from the concession), as a “recognition of a compensation for the investments made”. Once adding interests, we are left with 2.42 billion € to be paid by the citizens in 30 years. A very profitable business for the company, and for the banking sector: 1.350 billion € have already been advanced by banks like Santander, Bankia and Caixabank, following the Government’s orders and before exhausting the 30 day deadline – despite having a sentence of Supreme Court that allowed not to have to do pay it – while other transfers to public services in Spain are delayed months or even never arrive.

The Castor project has been executed by a conglomerate of companies led by Florentino Pérez’s multinational building corporation ESCAL UGS/ACS, by successive governments -both the PP and the PSOE– and their Ministers of Industry, Energy and Tourism, with the financial support of the European Investment Bank (EIB). A project led by this triumvirate which has today an approximate cost of about 3.42 billion €, adding maintenance, the cost of its future possible dismantling, and other several expenses.

This amount is being paid by the citizens through our gas bill, while our population suffers 17% energy poverty. In a context of crisis and social disinvestment, what has been spent on the Castor disaster exceeds the amount of health cuts suffered in the country after de 2008 crisis.

The Castor project has generated an illegitimate debt they want us to pay from our pockets. A private debt where all costs and risks have been socialised, with facilities that are not dismantled, and a debt that continues to grow.

But we are not going to allow it… we are organising to reverse this scam.

Please join the “Castor People’s Tribunal Accusation Manifest” as an organisation or an individual person through this form.

9.45am-10.00am: Arrival of participants and registration. 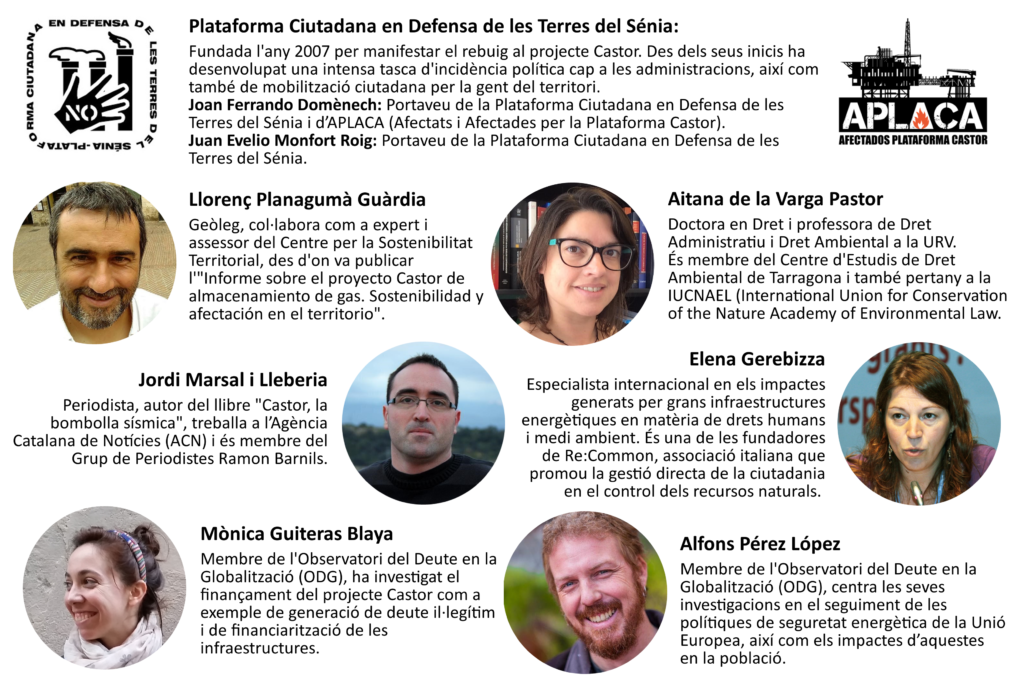 23/05/2017
The Castor project -a geological gas storage offshore in the Mediterranean-, granted to ESCAL UGS (66.6% participated by Florentino Perez’s…

09/04/2015
Increasingly many aspects of our lives are becoming financialised. The development of markets around essential services and natural commodities has reshaped the world…
previous post

At the Syrian border

At the Syrian border

There is no climate justice without debt justice