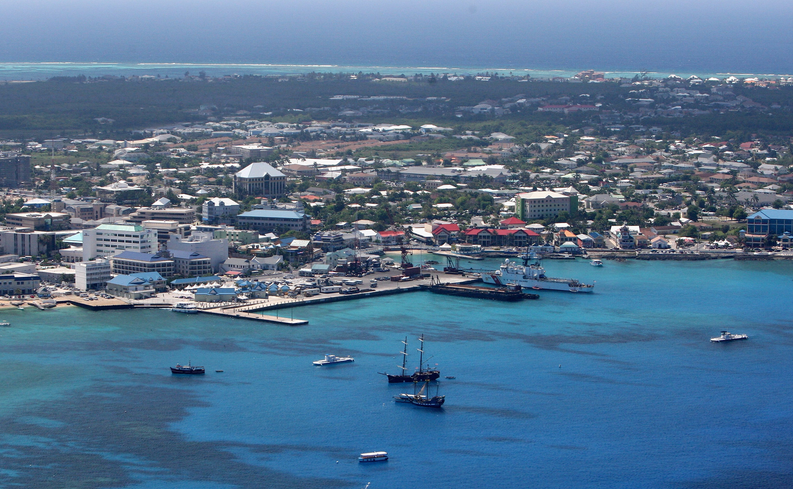 The Government is using taxpayers’ money to underwrite £140m-worth of deals for a company whose ultimate ownership is based in a notorious tax haven. UK Export Finance, a branch of the Department for Business, is risking public funds to provide insurance cover for deals involving the aircraft leasing firm AWAS Aviation Capital Ltd. The company is backed by Terra Firma, one of the world’s biggest private equity firms which is controlled by Guy Hands. The financier is a close friend of William Hague. The Foreign Secretary was best man at Mr Hands’ wedding and was paid up to £70,000 a year between 2002 and 2009 for sitting on the “political council” of Terra Firma.

The support for AWAS appears to jar with Government policies against tax avoidance as the company behind the private equity group, London 58 Ltd, is based in the Cayman Islands and is listed at an address along with an astonishing 18,000 other companies. President Barack Obama has described the location as “either the largest building in the world or the largest tax scam in the world”. Last year, the Prime Minister David Cameron pledged to crack down on companies avoiding tax, saying: “Companies need to wake up and smell the coffee, because the customers who buy from them have had enough.” The Labour MP John Mann, a member of the Treasury Select Committee, said: “It is outrageous the Tory government is underwriting business deals of their friends in tax havens.

“William Hague as a former paid consultant needs to explain why his former employer has been given this financial backing by his government and why he has failed to declare an interest in the deal. This is total hypocrisy by the Tory hierarchy.” UK Export Finance (UKEF) acts as an insurer on behalf of the British Government, providing credit insurance policies and political risk insurance on overseas investments to help firms export UK-made products.

An analysis of its annual accounts by The Independent reveals the Whitehall body underwrote £140m of deals between the European aviation giant Airbus and AWAS between 2009 and 2013, mostly since the 2010 general election. UKEF backed AWAS deals worth £4m in 2011 and others worth £59m in 2012. As a state insurer, UKEF backs transactions private trade insurers would not cover, an effective subsidy.

Sources close to Terra Firma said the direct deal was actually struck with a German state credit export agency, which then syndicated one third of the risk back to the UKEF. AWAS is owned by a fund called Terra Firma Capital Partners III, the underlying investors in which are mainly European pension funds. The Terra Firma management company – which is owned by Mr Hands – controls the decision-making of the fund and receives management and performance fees for its work. Sources close to Mr Hands said London 58 Ltd was domiciled in the Cayman Islands because its previous owner – the Japanese bank Nomura – insisted it was placed there for commercial reasons. Mr Hague has been friends with Guy Hands since their Oxford University days. In 2010, it was reported that Mr Hands moved to Guernsey in protest at higher income and capital gains tax rates, leaving his wife and children at home in Kent. US court papers that Mr Hands filed in New York were said to include his admission that he had “never visited” his school-age children since he left the mainland. The court papers also included his claim that he had cut back on visits to his mother and father: “I do not visit my parents in the United Kingdom and would not do so except in an emergency.”

However, he recently told a newspaper that he moved to Guernsey for the “lifestyle”, rather than for tax reasons. Terra Firma is incorporated on the island. The Sunday Times Rich List puts Hands’s personal wealth at about £90m.

Terra Firma acquired AWAS, one of the top-10 largest aircraft leasing companies in the world, in 2006. AWAS has subsidiaries in various tax havens including the Cayman Islands and Luxembourg. Its base is in Ireland which also offers extremely low rates of corporation tax.

UK Export Finance: how it works

UK Export Finance was established in 1919 to promote British exports lost during the submarine blockade of World War One. Its aim is to benefit the economy by helping exporters of UK goods and services to win business, and UK firms to invest overseas, by providing guarantees, insurance and reinsurance against loss. Last year, it provided £2.3bn in support. Along with its European counterparts, UKEF gives massive support to deals involving Airbus as the company’s great American rival, Boeing, receives similar backing from Washington. UKEF supports Terra Firma’s company AWAS as it leases planes from Airbus.

COP25 has only served to wash the image of polluting companies, compared to the proposals of the Social Summit for Climate