ODG participates in the alternative events’ organisation round COP-25 Madrid

On October 31st we received the news that the Conference of the Parties to the United Nations Framework Convention on Climate Change would be held in Madrid after the resignation of the Chilean government to host the Summit in Santiago, Chile. The change of place where the Summit should be hosted provoked the indignation of the Chilean civil society, who had been organising different alternative spaces for several months (Minga Indígena, Peoples’ Summit and the Social Summit for Climate Action in Chile). The unilateral decision taken by President Sebastián Piñera was intended to hide from the international community the strong repression, criminalisation and violation of the human rights that the Chilean people are suffering these days, where brutality towards women has been particularly fierce. This makes the government of Pedro Sánchez an accomplice of this situation, due to his opportunistic decision that sought to position Spain as the saviour of the Summit in a pre-election period. In addition, the unusual fact is that Chile continues to hold the presidency of COP-25 and Madrid acts as a necessary element for the makeover of the Chilean government and steals the event from our friends of the Global South, turning the negotiations on an Eurocentric axis and complicating and preventing the participation of organisations in Latin America and elsewhere in the world.

On the other hand, the change of place for the official summit was received by collectives and organisations in Madrid with astonishment: in just over a month an event has to be organised bringing together thousands of activists, normally prepared one year in advance.

For this reason, several groups, including ODG, have taken a step forward to participate actively in the organisation of civil society events around the official summit. It is a big collective challenge, but it is also a great opportunity to make an outcry for climate justice, at a time in which there is an effervescence of climate groups in Catalonia: Fridays for Future, Extinction Rebellion, Climacció, Families for Future, Teachers for Future, Barris pel Clima, 350BCN, Moviment de Justícia Climàtica, and many other organisations with a long history.

Let’s mobilise, act and make them hear our voice. We will denounce the violation of human rights in Chile, around the world and what we are suffering in Catalonia. We will call for a drastic reduction in emissions, the recognition of ecological and social debt and the end of market mechanisms, which privatise public and common goods and services, and ultimately our life and our planet. We will point to those responsible: large corporations, banks and investment funds in collusion with the political class, which perpetuate fossil capitalism and the heteropatriarchy. We will give space to proposals from ecofeminism, decolonisation, indigenism, anti-racism and anti-fascism, now more necessary than ever. These days are going to be days of debate, coexistence, networking, demonstration and action. It will be another stop on the road, neither the first nor the last, but without any doubt, an important milestone for social and environmental justice.

In the coming days we will make public all the information about the programme and activities. At this moment we can say that on Friday December 6th at 6:00 pm a big demonstration will take place in Madrid, that the alternative summit is called “Social Summit for Climate” and that a form will be available so that you can make proposals for the program and activities. But for all this to happen, many hands are required to organise the mobilisations, the actions, the events in Barcelona, ​​the trip to Madrid, etc…

If you or your collective want to actively participate in the organisation of the different events, or if you want to receive information about all the activities, you can contact: 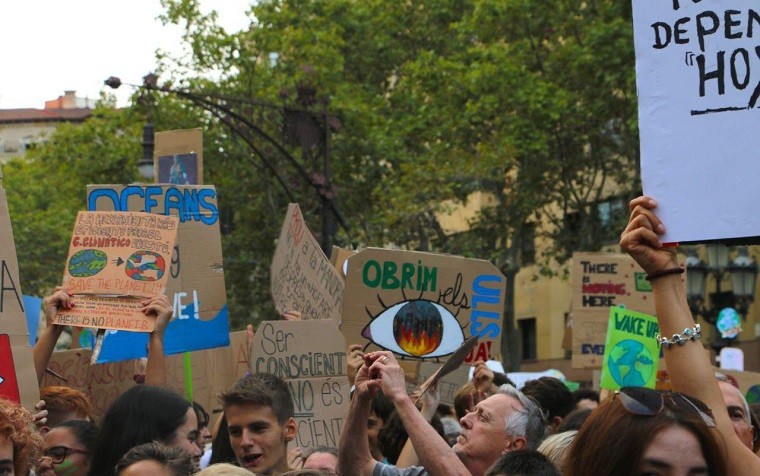