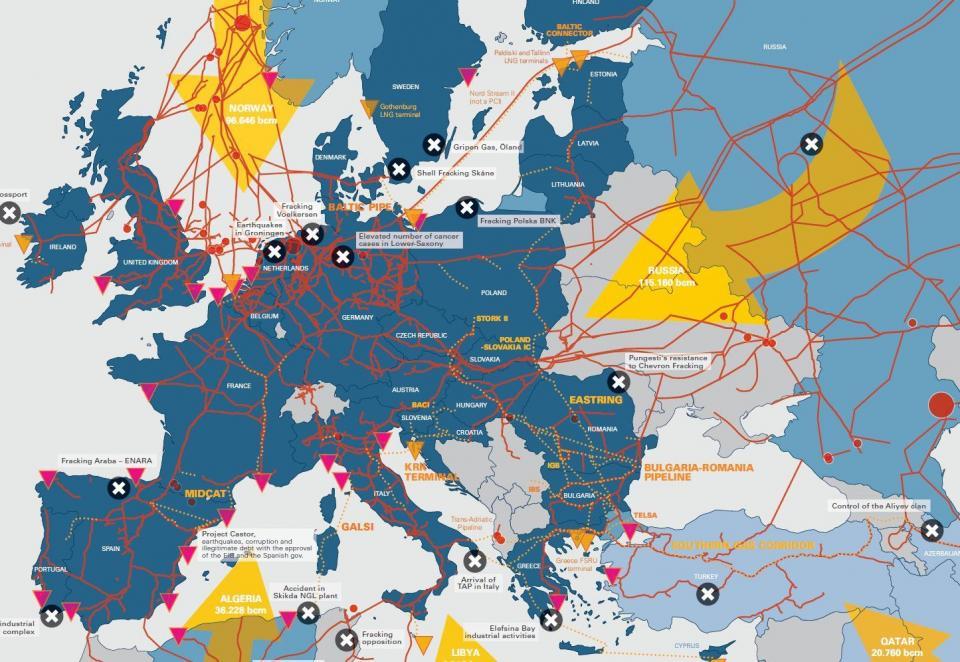 The large majority of Europe’s energy use today still depends on fossil fuels, mainly from oil, gas and coal. While the climate effects of oil and coal are well known, gas is still considered as a “transition fuel” and a “bridge to renewables”. But the climate effects of gas are even worse than oil and coal in the short term, and environment and communities are badly affected where gas is exploited.

The gas map you find below (also available for download) gives an overview on the existing and planned gas infrastructures – with a focus on Europe. These are mainly pipelines and LNG ports (Liquified Natural Gas). The gas map also shows, from which parts of the world the gas is currently imported.

Produced with the support of Rosa-Luxemburg-Stiftung. 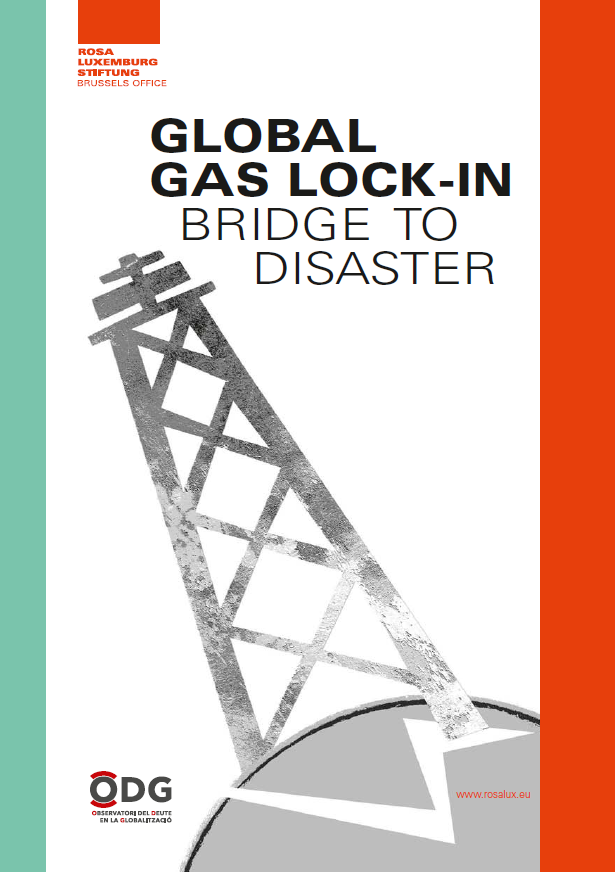 Care debt: patriarchy and capital on the offensive, feminist economics as a proposal