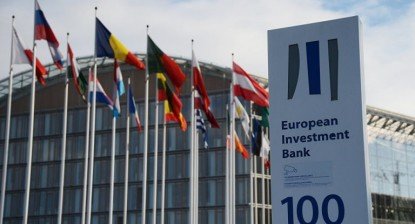 The EIB is turning 60, a venerable age.

As a public lender for both private and public investments, the European Union (EU)’s Bank has historically played a pivotal role in strengthening the EU’s cohesion which is a goal ultimately benefitting European citizens. Over the last decade the Bank has been called to serve an ever expanding macroeconomic role in the EU, backed by various capital increases and access to a guarantee fund via the Investment Plan for Europe. The EIB has also been requested to increasingly support the EU external action.

New challenges are on the horizon, especially in the context of the negotiations over the next EU budget and the upcoming European elections. The EIB’s 60th anniversary is thus an opportunity to draw lessons from the Bank’s track record, but also to look forward and address structural problems linked both to its business model and practices.

We think it is high time to proceed to a fundamental reform of the EIB and reconsider its investment focus. In order to maximize the positive impact of the Bank’s operations on the sustainable development of the EU, a more rigorous investment selection prioritising quality over quantity appears necessary. While EU public finance will be key for the EU to achieve the Sustainable Development Goals, business as usual is no longer an option.

In your capacity as EIB’s Governors and Ministers of Finance, you are empowered to determine the principles applicable to the Bank’s operations and to initiate a public discussion in your respective states about the structural reforms of the financial arm of the EU.

Drawing on a decade’s experience in monitoring EIB operations and policies, we set out below 9 key recommendations to bring the bank onto a sustainable path and enhance its contribution to the transformation of European economy and society in the public interest:

1/ Make the EIB a climate leader: Aligning with Paris Agreement will contribute to global sustainable development. In this context, supporting fossil fuels is no longer justified. Instead the Bank’s Climate Action should step up investments in energy efficiency and small-scale renewables with enhanced local and regional impacts;

2/ Further democratise the EIB: At a time when trust in public institutions, and in particular those of the EU, is declining, it is all the more important to further open up the EIB to interactions with Europe’s citizens. Therefore, efforts to strengthen public participation in the policy-making of the Bank should be enhanced. In addition, the Bank needs to further ensure that local communities and citizens affected by its operations are meaningfully consulted and have access to effective and independent complaints mechanisms;

The EIB’s governance structure is 60 years old and has little evolved since its creation. It is time for a genuine overhaul. The EIB should bring more dialogue, transparency and accountability to its governing bodies. Even without changing its current Statute, better equipping the Board of Directors – member states representatives – to fulfill its mission of controlling the Bank’s management, would be a crucial step towards more informed, accountable and democratic decision-making;

3/ Reinforce external scrutiny over the EIB: A set of EU institutions are well-positioned to ensure the EU’s values and standards are equally respected by the EU Bank. The European Commission, European Parliament, European Court of Auditors and the European Anti-Fraud Office should be awarded stronger competences to oversee and influence the strategic orientations, policies and operations of the EIB, therefore strengthening its accountability;

4/ Raise the bar on transparency: The EIB needs to step up its transparency at both governing bodies as well as project level. Instead of hiding systematically behind business confidentiality, the Bank should let the public interest prevail. A particular focus should be on raising the transparency of EIB operations via financial intermediaries (mainly commercial banks and investment funds);

5/ Clean up EIB’s act on tax havens: In light of recent tax scandals, adopting a responsible taxation policy ensuring that the EIB does not finance clients involved in tax avoidance and tax evasion schemes would place the Bank in a leading position among public financiers;

6/ Prioritise Human Rights: the protection and promotion of Human Rights must become a priority for the EIB. The Bank needs to reinforce its due diligence at project level to ensure the projects it supports respect core values of EU external action and do not further Human Rights violations;

7/ Public investments should not reinforce “Fortress Europe”: Recent moves to push the EIB to be more active in the defense and security fields, as well as into migration management and border control, are not in line with the EIB’s primary missions and should not be part of the mandate of a socially and environmentally responsible lender;

8/ Strengthen due diligence and control over investments: It is high time for the EIB to really implement its self-proclaimed “zero tolerance to fraud and corruption policy”. A series of investments in projects under corruption investigations cast doubt over the Bank’s practices in this regard. The recent Dieselgate shows that the EIB needs to improve its monitoring and due diligence for all the projects it supports, especially when public support is granted to the private sector;

9/ Cease disastrous financing of Public Private Partnerships: The EIB’s role goes beyond ensuring financial profitability for the Bank. It is responsible for ensuring that projects benefit European citizens and Member States also in economic terms. The EIB has supported several projects which turned out to be financial fiascoes for national debts as well as citizens, from the Castor project in Spain (which is in the National High Court for possible crimes of prevarication, fraud to the public administration and embezzlement of public funds with the #CasoCastor citizen lawsuit) to various projects in Ireland, Greece or Spain identified by the European Court of Auditors. The public interest should prevail in all EIB-managed financial instruments.

We hope you will take these demands into consideration and act accordingly in your capacity of Governor of the EIB and Finance Minister,

In this regard, you can count on civil society‘s vigilance and support,

Counter Balance – Challenging public investment banks is a European coalition of development and environmental NGOs with extensive experience working on development finance and the international financial institutions. Our mission is to make European public finance a key driver of the transition towards socially and environmentally sustainable and equitable societies.