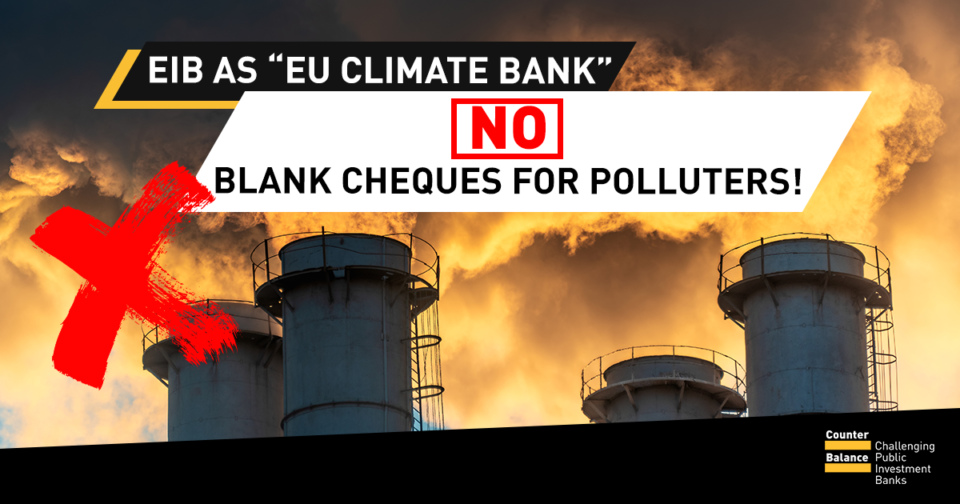 A new report released by the NGO coalition Counter Balance shows that it is too soon to call the EIB the “EU Climate Bank”.

The EIB is planning to become the “EU Climate Bank” and to align all its operations with the objectives of the Paris Agreement through the creation of a Climate Roadmap. The EIB is about to end a public consultation on the matter, in which civil society organisations called on the bank to take concrete steps to become a climate leader.

Following substantial progress at the end of 2019 with an unprecedented ban on most fossil fuels support, the EIB has gained significant credit for its efforts in the fight against climate change. Still, the bank has yet to deliver on its climate commitments.

The EIB’s transformation into the “EU Climate Bank” is all the more important considering the flagship role the EIB will play as part of the EU economic recovery package in response to the Covid-19 crisis.

The report “The ‘EU Climate Bank’ – Greenwashing or a banking revolution?” sheds light on the numerous environmentally and socially detrimental projects that are still supported by the EIB and highlights key steps needed for a genuine transformation into the “EU Climate Bank”.

The EIB is still supporting highly polluting projects, especially in the energy and transport sectors. The current support for airports and motorways is absolutely incompatible with the objectives of the European Green Deal and the EIB commitments to align with the Paris Agreement.

Between 2016 and 2019, the EIB financed high-carbon operations worth € 28.7 billion in the energy and transport sectors only. In the transport sector, this includes more than €4 billion in loans for the expansion of airports, €10.65 billion to construct or expand roads, highways and motorways, and €2.83 billion in polluting investments for the maritime sector. The report also exposes some of the remaining loopholes in the new energy lending policy which still allows the bank to continue supporting nuclear energy and fossil fuel infrastructures.

In this context, 34 NGOs recently expressed concerns to the EIB President in an open letter about the lack of clear measures to stop these polluting activities in a position paper published by the bank in June. As it stands, the EIB is not seriously considering bans on carbon-intensive transport modes.

Then, what the EIB labels as “climate action” too often includes unsustainable projects. The report uncovers key areas where there are genuine risks that the bank will support ‘greenwashing practices’. Among other things, this includes the false promise of green gas, the myths of green aviation and the risks associated with nature-based solutions.

If the EIB is serious about becoming the “EU Climate Bank”, it needs to take urgent steps to ensure that its investments do not fund additional damage to both people and the environment. But what the EIB revealed so far about its future Climate Roadmap falls short of delivering on its climate commitments. The role that the Bank is about to play in the economic recovery following the Covid-19 crisis should help contribute to a just and fair transition and not come at the expense of its climate commitments.

This is a pivotal moment for EU public finance. We call on the EIB President and the bank’s shareholders not to miss this historic opportunity. Now is the time to truly transform the EIB into the “EU Climate Bank” and for it to become a more sustainable, democratic and transparent institution.

The full report is available here. 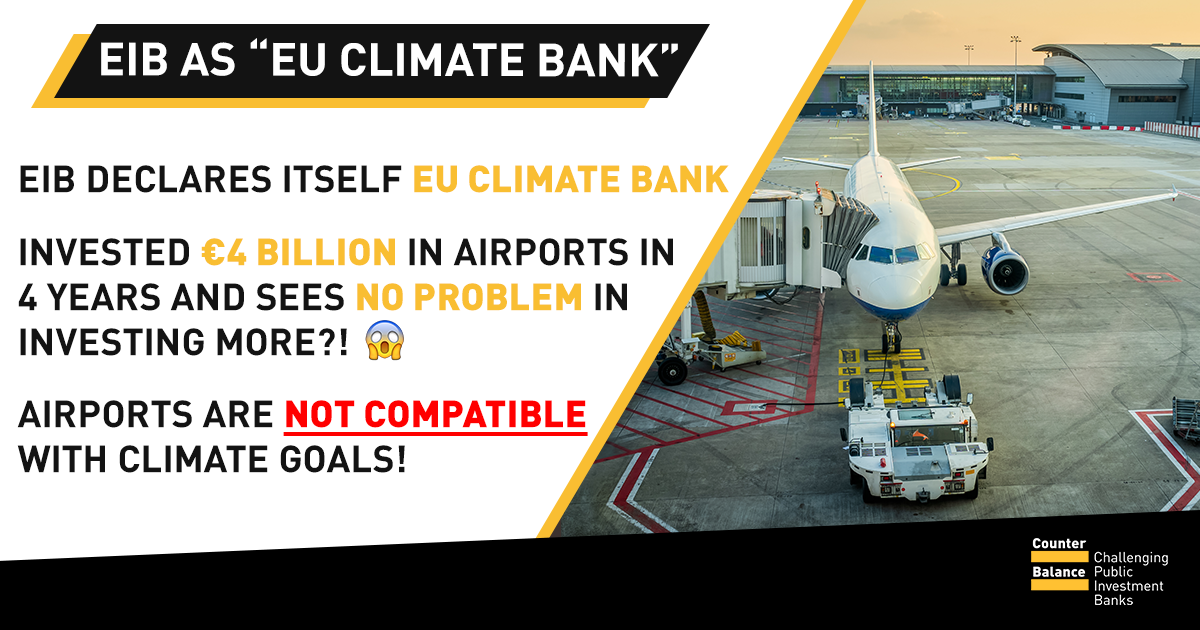 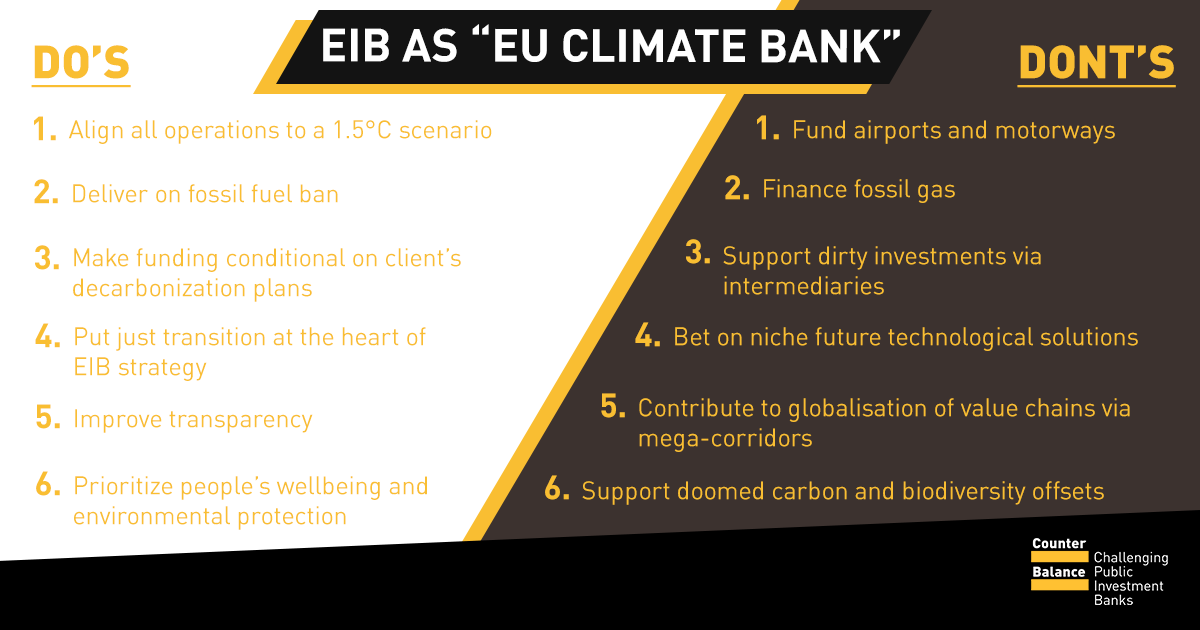 Cities VS multinationals in a post-Covid world – FULL PUBLICATION